[The following autobiographical short was my submission to the Hugh Miller writing competition 2017-2018 for which I received runner-up prize in prose.]

I was about six years old when I first tried to listen to the past. Holding a fossil ammonite to my ear I strained to catch a hint of prehistory, the way you can hear the seaside from a seashell. In a roundabout way, the experience coloured my whole life. I couldn’t hear dinosaurs roaring or ichthyosaurs spouting through my little ammonite, but an early introduction to fossils and extinction boggled my growing mind so much that I’ve spent many of the years that followed immersed in remnants of ancient life. Little me was standing on the island of Raasay- a small, rarely visited scrap of land off the west coast of Scotland. Famous chiefly for entertaining Johnson and Boswell, having its own subspecies of bank vole, and its varied geology, Raasay is not on the tourist trail. The island was and is home to a fervently Presbyterian Free Church. My own dad (a lapsed geologist) took me fossil hunting here, and such is the abundance of material even a small child can find belemnites, ammonites, and the like. My mother’s side of the family, in the beautiful Gaelic phraseology, belong to Raasay. In a way, I do too. My maternal connection ties me to the barest soil of this patchwork island. Linked to the family who entertained Johnson, sheltered Prince Charlie. Memories of childhood summers tie me here with stronger bonds than just genetics.

I remember the first fossil trip, from the pre-Cambrian of my own life, with a startling vividity. We had set off from our wee caravan in Inverarish, the largest village on the island. Walking past the quiet houses. Walking past the silent playpark with the padlocked swings. There was rain, of course. You cannot visit the west coast in summer and avoid it. The drops bounced off the grass at the side of the path and mingled with the mud. The bracken, copious and verdant, was prehistoric in appearance, acting as a signpost to the past we were going to visit. Travelling east through fields of hardy sheep, I remember complaining, as small children do, about the distance, the weather, the time it was taking. Looking back now, I cannot ever remember being happier. Family united in a quest. A father wanting to share the joy of finding. A mother showing the places of her youth. A treasure hunt for understanding. I didn’t realise any of this; I was six. When we got to the coast and I had been shown how to look for stones of the right size and shape I spent some time among the rocks getting my eye in and scrabbling around. Taking my finds to my father and dropping them at his feet he apported a small hammer and gently tapped each one. This was a new kind of magic. There were things inside. Stone cylinders that I learned were called belemnites: the cuttlebones of squidlike creatures that had swum in tropical seas. In one, there was part of a coiled shell: an ammonite. It reminded me of a seashell, I put it to my ear.

Since that Summer, thirty years ago, so much has changed. I didn’t know it at the time, but my mother was sick. She died a year later from the cancer that spiralled within her. I grew up and made the study of the past my career. A fractal hope that learning about fossils and extinction would help me to preserve knowledge of my own past. If only there was a taphonomy of the mind that could preserve memories and feelings the way the soft earth does! Since then I’ve striven to keep each memory of my early years properly curated. Each impression must be prepared correctly, adhering matrix removed, content inspected. In my private museum of the mind, I am the curator of memories. They can be taken off shelves for display. Replayed and rethought.

Sometimes they degrade. Sometimes, all I’m left is a shadow of a thought where a memory used to be. Sometimes, what I believed to be treasure is revealed as worthless. A curator’s job is to constantly scrutinise their collection, whether it is fossils or memories. Still, throughout everything, my little ammonite sits on a shelf in the sunshine, waiting to be picked up.

I couldn’t hear the past then, but I can now. 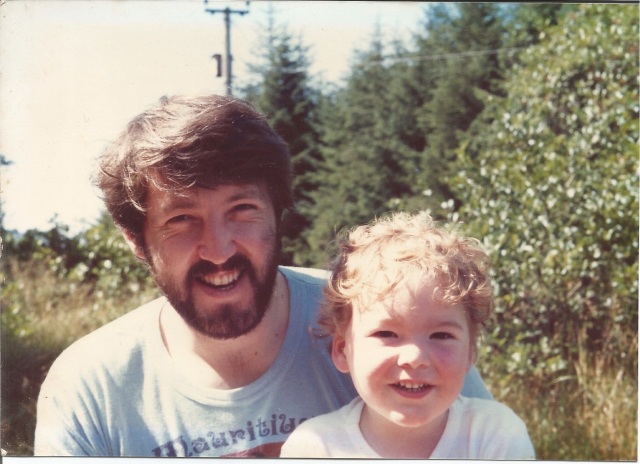 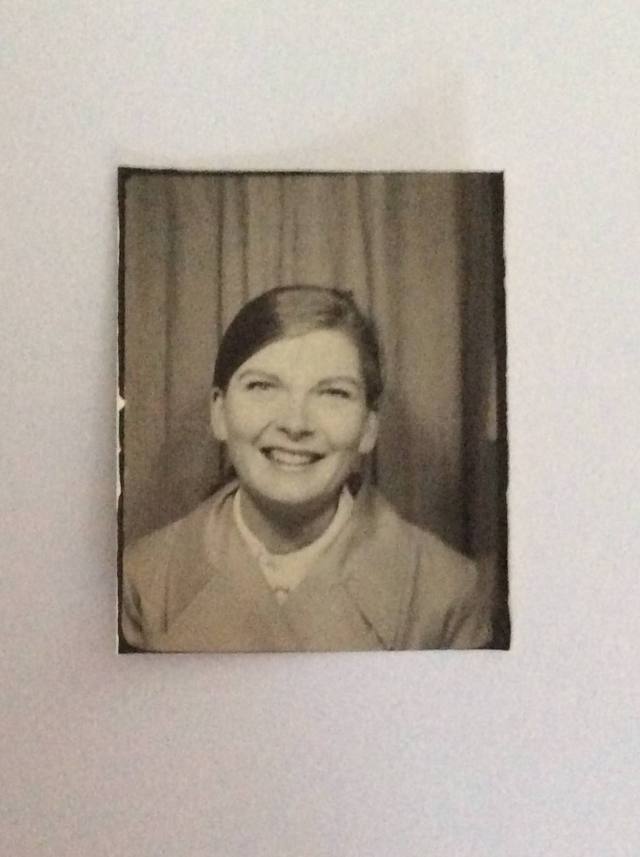 A picture of my mum, Alice Barnett, née Macleod

This entry was posted in Uncategorized and tagged ammonites, belemnites, loss, memory, Raasay. Bookmark the permalink.