The Evolutionary History of Extinct and Living Lions

I’m fairly obsessed with cave lions. If one were to open up my head and look at my brain’s RAM it would be something like 70% facts about extinct species of cat, 20% stuff that my wife and kids tell me to remember, 10% background processing needed to survive. As someone who has always been drawn to obscure knowledge, being one of the perhaps dozen or so people on the planet who has an in-depth appreciation of a species that went extinct 14,000 years ago deeply appeals to me.

Cave lions were magnificent apex predators that somehow managed to share the landscape with Eurasian peoples for three hundred centuries. During that time we painted them, we sculpted them, we hunted them, and were hunted by them in turn. They were as native to Europe as modern lions are to Africa and India. That’s the line I’ve taken in my book [shameless plug] The Missing Lynx, and learning about Pleistocene megafauna has forever changed the way I think about what is “natural”.

Our new paper in Proceedings of the National Academy of Sciences, PNAS (pronounced penis), is a massive collaborative effort that called on experts from the UK, USA, Spain, Denmark, China, Russia, Norway, Malaysia, Brazil, and Canada. The story starts way back in 2011. I was 31, with a 3 year old daughter and another on the way, and with friends in Copenhagen I used what little free time I still had left to write a Marie Curie grant application to look at the genomics of lions, with the idea of identifying genetic signals unique to the extinct North African Barbary lion. Project “Search for Innate Markers of Barbary Affinity”, or SIMBA for short, was envisioned as an international collaboration using my prior knowledge of lion genetics, the world-class facilities in Copenhagen for palaeogenomics, and the skills of experts in lion biology and genomic analysis to answer the question. Our collaborators had already assembled museum samples of lions from their complete natural range, including Pleistocene cave lions. I lived with my family in Copenhagen for two years with the sole aim of processing said lion samples and identifying the ones with the best preserved DNA to sequence more fully. At the end of that time we had produced genomic libraries from our best 14 samples: 1 cave lion from Siberia, 1 cave lion from the Yukon, 1 lion from Gabon, 1 lion from Sudan, 2 lions from Senegal, 1 lion from RSA, 2 extinct Cape lions, 3 extinct Barbary lions, 1 Iranian lion, and 1 Asian lion. For the first time we were able to use complete nuclear DNA, not just mitochondrial genomes to look at lion relationships. This was only supposed to be the first phase of Project SIMBA, with phase 2 being analysis of living zoo and menagerie individuals to screen for potential Barbary ancestry in the mix. As Barbary lions went extinct in the wild in the 1950s but were popular exhibits in even the first zoos of the post-medieval era, the possibility remains that some of our generic zoo lions could trace part of their ancestry back to North Africa. However, as things are wont to do, life got in the way of phase 2 of the project and it has taken nearly 9 years from start to finish of phase 1. 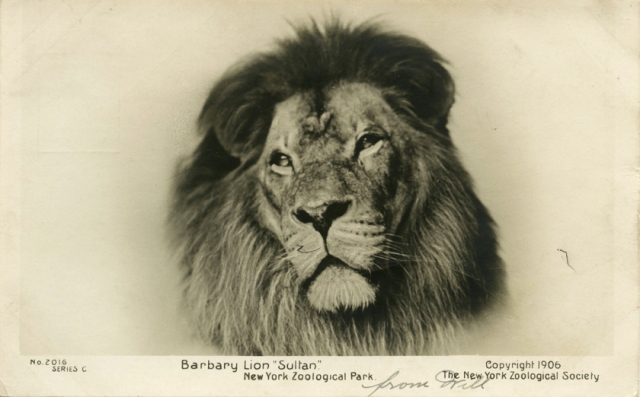 A little bit of a detour into the nitty-gritty of actually “doing science”. It took months back in 2011 to put together the application case for why we should get funding and a 6-month wait to find out if we were successful. The money to fund this research for two years came from the European Union, before Brexit was anything more than a glint in Farage’s jaundiced eye. The ability to move freely from the UK to Denmark was crucial to this project, and can’t be overstated. This is the reality of doing science in the world today. It relies on international collaboration, free movement, and time to apply for funding. Getting money for research is insanely competitive and each year sees a drop in success rates. Many of the big sources of funding are only given to 5-10% of applicants. Each year, maybe 9 out of 10 grant applications are unsuccessful. Each one of these rejections represents the culmination of hundreds of hours of (usually unpaid) work and the dreams and aspirations of researchers who just want to do science. Even the successfully funded projects come with money for two or three years maximum work. Having to juggle doing the work you are paid (and desperately want) to do, while keeping an eye on the future is incredibly stressful. Most labs, even the great ones, are only one or two missed funding opportunities away from breaking up just from lack of money to cover their overheads. This was the case with my involvement in our study. After the requisite two years of funding I applied to a few funding agencies for more money for related projects with no success. I also applied for lecturing positions with the idea that teaching would still allow time to properly analyse and report on the data we had generated. From 2014 to 2017 I failed to secure anything that would fit the needs of our young family despite dozens of applications and a handful of interviews. In the meantime I took work delivering lecture content (on zero-hours contracts) at a university that declined to interview me for a permanent position teaching the same material. I worked for the excellent charity The Brilliant Club. I taught online courses for another university. I travelled 800km round trips to cover lectures at yet another university. Altogether trying to juggle the need to earn money, be the primary caregiver for our two children, and work on finishing SIMBA was just too much. Something had to give, and of course it was SIMBA and other academic work. It has taken a lot of personal reflection to come to terms with that decision. Despite this, since 2014 I’ve been an author on 24 peer-reviewed papers and reviews including 5 first author, and 2 last author works. I’ve not been idle!

All this is a long-winded way of saying I’ve found that working in science is hard, and many obstacles are put in the way for people that want to do it but have other responsibilities too. It’s taken me a lot of time and mental effort to reconcile this with my own needs and to make peace with the fact that for as long as academia continues to be an insecure career that requires its practitioners to uproot everything every 2-3 years, I don’t want to be part of it. I’m a good scientist, but a poor academic.

Back to the paper. My involvement consisted of countless hours in sterile clean rooms, suited and booted against contamination to extract and amplify DNA from museum samples and permafrost subfossils. The real meat of the work was done by collaborators who analysed the gigabase dataset of lion genomes I helped generate to test our assumptions about lion evolution. While I was flailing around outside of academia, joint first author Marc de Manuel really took the reins and steered the project towards completion. Collaborators in the USA and China gave invaluable access to present-day lion genomes and sequencing facilities to extend the reach of the study. In particular, access to high quality genomes from modern lions from India, Botswana, and Tanzania allowed us to anchor our samples to the surviving modern diversity.

Underneath all that PPE it really is me, about to work on some ancient lion DNA in the Copenhagen clean labs. Image © Ross Barnett

Our study’s conclusions are threefold. First of all we get a very detailed and precise handle on the timing of the separation of cave lions and the ancestors of modern lions. This appears to happen around about half a million years ago and tallies remarkably well with the fossil evidence and appearance of the ancestral cave lion (Panthera leo fossilis) in the bone records of Europe.

Secondly, we applied some pretty complex analyses to the question of whether there is evidence of cave lions and the ancestors of modern lions ever interbreeding. We know from detailed genomic analyses of the other big cats that hybridisation has been rife in the prehistoric past. Jaguar and lion. Lion and tiger. Snow leopard and lion. Mass hysteria!

So given that species with quite different behavioural cues had hybridised it made sense to look at whether cave lions and lions ever interbred after they split. Especially when there were known regions of potential overlap in southwestern Eurasia. Surprisingly, we didn’t find any evidence at all of hybridisation between cave lions and modern lions. This is in sharp contrast to the different lineages of modern lion that we identified. The deepest split, occurring 70,000 years ago, is between lions from West Africa, North Africa and Asia and those from the rest of Africa. This likely represents the influence of central rainforest expansion during the Pleistocene cutting off the west and north of the continent from the rest of the population since lions cannot hunt in densely forested areas. Within these lineages we found evidence of interbreeding: lions from central Africa show mixing between lions from northern African and southern African populations. More weirdly, Asian lions seem to show signs of having mixed with southern African lions. Perhaps as a result of now flooded connections along a southern dispersal route through the Arabian peninsula.

Thirdly, we get an excellent handle on diversity levels within different populations. We found the Indian lion to have incredibly low levels of genetic diversity, reflecting their long history of human persecution and a bottleneck to historic levels of <50 individuals within the past century. Interestingly, we don’t identify any signal of low diversity levels in either the extinct cave lion or extinct Barbary lion, suggesting that they were doing quite well before we came along.

Phylogeny of modern and ancient lions based on their nuclear genomes, showing separation between different lineages.

Thanks to the incredible analyses of my colleague Marc de Manuel and our coauthors we’ve managed to pull together the first paper that has genomes from not one but four different extinct lion groups: the cave lion, the middle eastern lion, the Cape lion, and the Barbary lion. I think I can stop thinking about lions for a while at least.

18 Responses to The Evolutionary History of Extinct and Living Lions