Battle of the Birds

Posted on March 8, 2017 by twilightbeasts

I grew up in an area on the shoulder of a forested mountain, beside a series of lakes which are speckled with modern crannogs, replacements of ancient originals which are long gone. The shores and islets are rich in birdlife, as much as frog, fish and furry critters. A couple of years ago, the local paper ran a story of a hoodlum alpha male swan who was attacking small dogs, attempting a bit of Zeus and Leda-type action on other wildlife and unwary children, and apparently assassinating his love rivals. They shipped him off to someplace else, but his flailing wings and killer instinct caused quite a stir at the time. So much for the delicacy and grace of Swan Lake, eh?  Birds are tough cookies.

Waterfowl are a particular love of mine, which is probably why I find myself writing about odd birds (okay, that, and I’m an odd bird meself). I’ve paparrazi’d birds around the world on my peregrinations. I fell rather in love with the snowy white ibis picking through the riverside fields of the southern Nile: those long beaks extracting sustenance from the waters. More humans than me have been charmed by their otherworldliness – the ibis made its enchanting way into mythology as the avatar of the Egyptian god of wisdom Thoth, who chose avian form when he popped onto earth to observe human behaviour. Thoth was a proper sort of deity – no smiting or entrapment of poor mortals. Instead, Thoth was bookish, smart, all about the readin’, writin’ and ‘rithmatic; the Egyptian pantheon’s non-violent nerd. 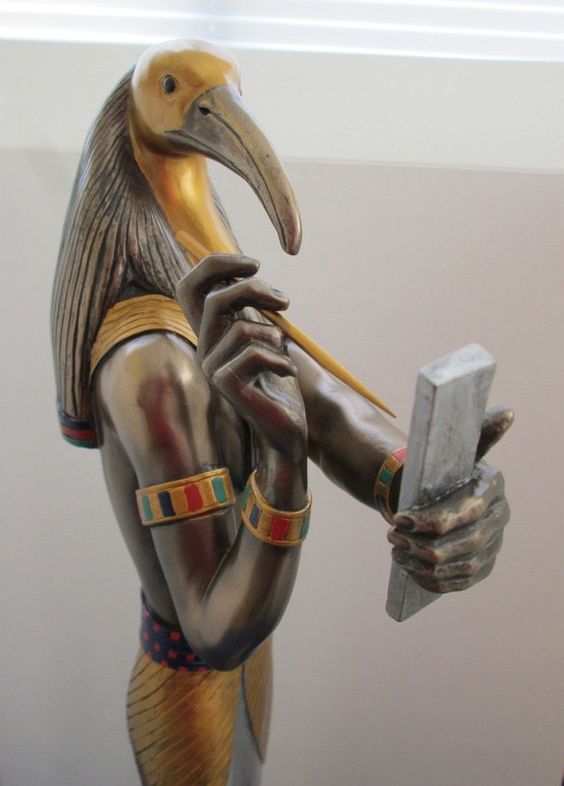 Now, maybe they made ibises different in the Pleistocene, but there wasn’t much of bookish, scholarly Thoth about Xenicibis xympithecus, our utterly peculiar and amazing Twilight Beast. Roughly the size of a chicken, this extinct Jamaican ibis was unusual on two scores – it was one of only two known flightless ibis (the other one was in Hawaii…islands always have odd beasties), but it is the only bird known to have packed a punch, quite literally. For Xenicibis xympithecus had a unique wing structure which meant its wings were able to be used like a fist or a club.

From Encyclopaedia Britannica, the chicken sized slugger itself, Xenicibis xympithecus

The first fossils of this strange fisted ibis were found in the 1919- 1920 excavations of the Long Mile Cave complex in Jamaica, but it was only in 1976, when the bones were re-examined, that suspicions were raised about just how very unusual this flightless bird actually was. Other examples of the critter started popping up in Jamaican and American antiquarian collections, such as those found at Swansea Cave, also in Jamaica. Moral of this story, and many others is that those mouldy old collections from Colonial times beg for fresh eyes and new techniques; after all, just look at the bear patella discovered loitering in the National Museum of Ireland last year!

There had been a bit of a theory put forward in 1982 that the punchy little bird had also been present in Cuba , but the flightlessness aspect put paid to that. Xenicibis xympithecu was a Jamaican creature through and through, evolved to fit in with island life. Islands do funny things to species; Darwin thought of insular evolutions as being living, breathing products of evolutionary ‘laboratories’, with creatures adjusting to fit perfectly into their environmental niches. He didn’t perhaps realise just how swiftly that process can move – recent research has shown that island species can undergo accelerated evolutionary changes sometimes within decades, but certainly within several thousand years , a blink of an eye in the sequences of life on earth.

When more fossil evidence was added to the strange case of X. xympithecus  during the 1970s and 80s, a better understanding of the bird was created. All birds, flightless or not, have ‘arm’ bones just like our arms, comprising of radius and ulna, except of course much lighter to allow usually for flight. Those bones lead to the carpometacarpus, basically the equivalent of the human fist. The structure around and behind these bones was formed to allow the bird to literally swing a hefty punch with its wing. Instead of being rudimentary little pretend wings, with lightweight bones, this ibis was sturdy, strong and heavier boned.

Some of their fossil bones actually have visible breaks in them, so it would appear these club-like wings were being used to thump something… but what? Could it be like the over-amorous killer swan of the Belfast hills who had to be deported to a sanctuary for delinquent ducks? Could the baseball-bat arms of X. xympithecus be used to slug out the best mate – survival of the species turned into Fight Club? It’s not unlikely, or at least were used as defence of some sort, but it may be more about territory than mating, as there really does not appear to be any sexual dimorphism in the bird bones. The Solitaire bird (also flightless, and also very extinct) of Rodrigues Island in the Indian Ocean had developed a bony knob structure on its wings, which it used to hammer its love rivals and win not just the lady pigeons but the best nesting areas. Extant ibises have been observed holding each other’s beaks and flapping their wings at each other furiously when enraged and either protecting territory or their young, so the amazing Xenicibis was very likely to use those mitts as well.

Depending on which version you believe, the birds died out between 10,000 and 2200 years ago. Its demise may have been caused by an environmental tilt in favour of one of the island’s predators, such as the yellow boa snake, or the extinct little monkey species Xenothrix mcgregori, as its bones were also found in situ at Long Mile Cave at the same excavation as our battling ibis. Nature is fragile –all it takes is a wobble in climate, a lurch of environmental change, and non-adaptive species vanish forever. Jamaica, like the entire Caribbean, has experienced climate shifts linked to changing tides and air currents as well as sea level changes throughout the Pleistocene and Quaternary periods. It also may not be surprising to know that Jamaica was only settled 2500 years ago by the Arawak peoples, who were migrating across the Antilles at that time.  Draw your own conclusions if you choose the more recent terminal date for Xenicibis.

So, there you have them – the amazing, strange and sadly extinct ibises with hurley-sticks for arms, who probably fought for territory and lurve with the same gusto. Some ibises round the Nile perhaps remember Thoth and his scholarly demeanour, as they glide on cloud-white wings among the hibiscus and palms of southern Egypt. But some, perhaps, remember when they were warriors. Birds, after all, have little dollops of dinosaur deep within their genes, and I like to think they remember that past, in a similar way to Mr Prosser in Hitch-Hikers’ Guide to the Galaxy , who remembered his bloodline to Genghis Khan at inopportune moments! We will never know if humans ever did witness the battles of the ibises amidst tropical rain forests, or seaside coves. But I’ll bet one thing – if they did, it must’ve been  quite a sight to behold the battle of the birds!.

Olson, S. L. and D. W. Steadman. 1977. ‘A new genus of flightless ibis (Threskiornithidae) and other fossil birds from cave deposits in Jamaica’. Proceedings of the Biological Society of Washington  90. pp 447–457.

Olson, S. L. and D. W. Steadman. 1979. ‘The humerus of Xenicibis, the extinct flightless ibis of Jamaica’. Proceedings of the Biological Society of Washington. 92 pp 23–27.

Olson, S. L. and A. Wetmore. 1976. Preliminary diagnoses of two extraordinary new genera of birds from Pleistocene deposits in the Hawaiian Islands. Proceedings of the Biological Society of Washington. 89. pp 247–258.

Scudder, S., 1991. ‘Early Arawak subsistence strategies on the south coast of Jamaica’. Proceedings of the Thirteenth International Congress for Caribbean Archaeology, Reports of the Archaeological-Anthropological Institute of the Netherlands Antilles .9.  pp. 297-315

3 Responses to Battle of the Birds