Discovering the mammoth: A tale of giants, unicorns, ivory, and the birth of a new science

Posted on August 2, 2017 by twilightbeasts

Mammoth. With one word, we can all conjure up a mental picture of a woolly elephant, tusks curving out and in, possibly in a herd, in a habitat cold and snowy with biting wind and unforgiving snow. Isn’t it weird? No one living has seen this beast alive. Every detail is the result of centuries of painstaking work, often undertaken with the threat of severe danger either from the frigid lands where the remains are found or from meddling with issues at odds with the ecclesiastical authorities. All it takes is one word, yet behind those two syllables lie a story that starts with the Yakuts and native Siberians and goes on to encompass nearly everyone of note in the western history of science for the past half millennium. Finally, John J McKay has brought this fascinating story to the public in his new book “Discovering the mammoth”. This work tells the tale of Teutobochus the giant, unicorns, monsters, Polyphemus the Cyclops, Tsars, empire building, Kings and Queens, Emperors and Regents, peasants, soldiers, conmen and tricksters all linked together by the mammoth.

I really liked this book*. It is by no means an easy read, with a host of characters, locations, and ideas that flit back and forth, forward and backward, but the enthusiasm present in the writing and the constant appearance of famous names intersecting with the main thrust of the narrative make it all worthwhile. Even for someone with a long history of interest in the history of our understanding of the Pleistocene there is much new here to me, and almost certainly to other readers as well. Who knew that Alfred the Great was presented with mammoth ivory by a swashbuckling and widely-travelled Viking named Ohthere in the 9th century? Or that Ambroise Paré, surgeon to the court of France in the 16th century tested the efficacy of unicorn horn (i.e. mammoth ivory) as a panacea by poisoning condemned prisoners and seeing if they got better**? The book is full of fascinating vignettes like this as we see protagonists struggling to throw off the shackles of superstition, magic, and theology to get to the heart of the mysterious mammoth. There are several appearances by Leibniz, famously co-author of calculus with Newton, who had a very strong interest in mammoth studies. Peter the Great also turns up. Curious about mammoths, he issued a royal edict demanding that anyone finding ivory in Russia should search for the rest of the skeleton for inclusion in his Kunstkamera. Vitus Bering, Hans Sloane, Peter Simon Pallas, Voltaire, Darwin, Cuvier, Buffon, and other luminaries all have cameos. It’s really a testament to the depth of scholarship and the strange pull that mammoth fossils have held over people that all these threads can be pulled together within one book. 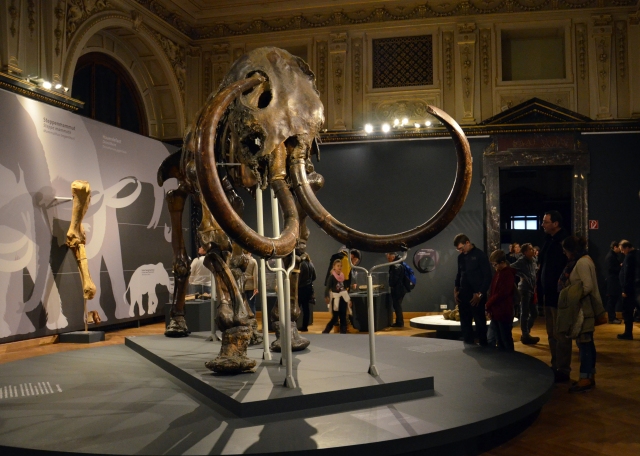 The Adams mammoth today at the Vienna Natural History Museum. You can clearly see the mummified skin still attached to the head. Image by Monika Ďuríčková via Wikimedia Commons

There are fascinating discussions of the history of explanations for mammoths. From the 2nd century BC works of the Han Dynasty describing a giant rodent that lives underground and dies on exposure to the air, to medieval European explanations of bones found in caves and under fields as Pagan giants, Hannibal’s war elephants, or elephant bodies washed northwards by Noah’s floods. Anyone at all conversant with modern creationist literature will find it somewhat amusing to see many of their arguments pre-empted (and then discarded) by scholars from the renaissance. McKay’s writing is fluid, and he has a good eye for reading between the lines of his source material. In a chapter that discusses the famous Adams mammoth, the first really complete mammoth known to western science, we see this acutely. Named after Mikhail Adams, a Russian naturalist who found himself in northern Siberia at the right time to take advantage of a recently uncovered mummy (and not after President John Quincy Adams, as I had previously blithely assumed). Here McKay deftly discusses how Adams treated the native discoverer Ossip Schumachov, and other members of the Batouline or Evenki people. Claiming credit (and money) for transporting the mammoth back to St Petersburg, this outraged Schumachov enough for him to make the perilous journey from his homeland to St Petersburg to protest that as the real discoverer, his mammoth was a gift and not an object of trade. He was ignored. There is also the ugly, and previously untold fact that in Mikhail Adams conscription of local labour from the Evenki to excavate the mammoth, a considerable percentage of able-bodied men were diverted from Autumn preparations of hunting and storing food that would see them through the unbelievably harsh winter. These stories are untold, but explain why even a century after Adams visit, local peoples hushed up mammoth discoveries for fear of being pressganged into unpaid labour. It is thanks to details and expositions like these that I unhesitatingly say that this book is definitely worth inclusion on the bookshelf of any student of the ice age. 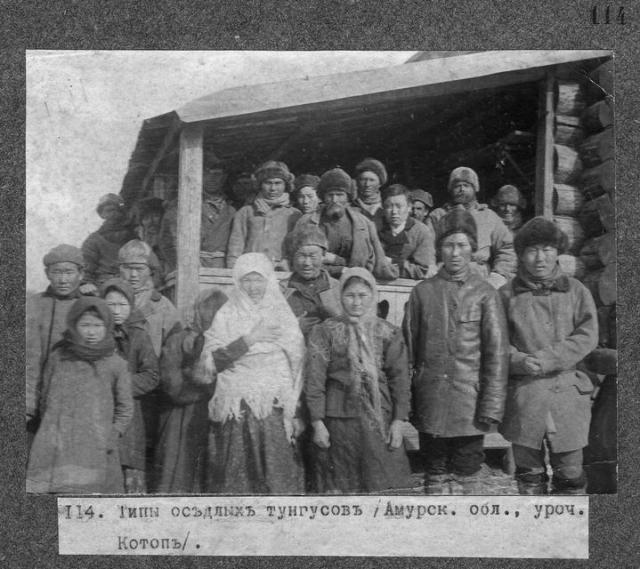 My only major complaint is that this work would massively benefit from a much closer proofreading than it has received. The prevalence of spelling mistakes, and omissions and duplications of words, seriously takes you out of the flow of the text. In the worst example, pages 132, 133, and 134 all have errors that forced me to re-read the text multiple times instead of enjoying the prose. For reference these are Rynochotherium instead of Rynchotherium, gomophthere instead of gomphothere, and vis plasica instead of vis plastica. Factually, I found nothing to fault except a confused discussion of buffalo and bison on page 158. Buffalo, either genera Syncerus or Bubalus, have never been found in the northern latitudes in the mammoth fauna, whereas bison (American buffalo) are plentiful. I think this confusion stems from the selective quotation of works by Gmelin and Pallas and is not McKay’s error but it still left me scratching my head.

*Full disclosure: I received a free copy of this book for purposes of reviewing.

1 Response to Discovering the mammoth: A tale of giants, unicorns, ivory, and the birth of a new science